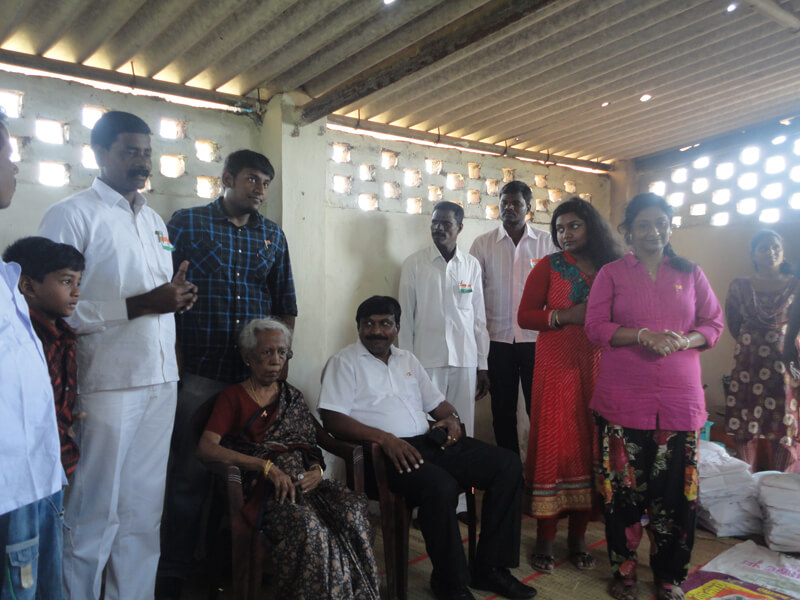 On 26th January 2013, the beneficiaries of Ashraya project in the four villages of Avadi Sector were gifted Sarees, Shirts and Dhotis. A total of 724 beneficiaries from 23 villages were targeted.

General Health Check-up camp was conducted on 30th May 2013 in Chembakkam PHC.
A team of doctors were headed by Managing Director Dr. Renuka David screened the 119 patients attended.

Similarly, on 18th July 2013, General Health camp was conducted for the benefit of people in Banaveduthottam, Pidarithangal and Arundhathipalayam.
Four doctors under the leadership of Managing Director Dr. Renuka David screened 240 beneficiaries from the three villages.